The Challenge:
Hawaii Pacific Trenchless, LLC received a contract to install a pressurized sewer system on the island of Maui. As with any HDD bore on the islands, drilling the six-inch fused pipe presented a multi-dimensional challenge of tough soil conditions, elevated environmental concerns and exceptionally tight bore profile.

The seasoned Hawaii Pacific Trenchless crew knew the areas complex tapestry of soil conditions went beyond the volcanic basalts. According to the US Geological Survey, overlaying the basalts lay a mix of sedimentary rocks consisting of landslide debris, delta deposits, and assorted boulders and cinders (a cinder is an igneous rock with bubble-like cavities created when magma is ejected in the air and then solidifies). The crew knew the boulders—ranging from tennis ball to basketball-sized—represented a significant challenge to control.

Environmental. As with most island HDD bores, the crew was required to maintain strict environmental protocols, designed preserve the island’s lush environment. Frack-out mitigation received considerable pre-bore attention by the on-site inspectors—particularly on the stream crossings. A set of fluid control requirements, which included meticulous documentation of fluid volumes used and removed from site, was rigorously enforced.

Bore Profile. Finally, the profile required the crew to maintain a tight bore profile of six-inches (+/-), while simultaneously negotiating a stream crossing on each of the two bores. The bore profile also paralleled a very important AT&T fiber installation.

PART I: All-Terrain vs. Volcanic Basalt. Hawaii Pacific Trenchless initially chose the company’s All-Terrain rock drill for the job. Over the next several weeks, the AT generated acceptable production—when in solid rock. It was in the unconsolidated boulders and cinder deposits that control emerged as a significant issue.

Requiring forward pressure AND rotation to operate the AT created conditions where the bit wandered when encountering voids in the unconsolidated rock. As weeks turned into months, the crew began to weigh alternative methods.

PART II: Hammer to the Rescue? Having heard of the tremendous potential of hammers, the decision was made to “bench” the AT in favor of an air hammer. The first demo—a RockEye competitor—yielded mixed results. Improved production was mitigated by a déjà vu situation regarding control. Falling under the hammer head, cuttings exerted upward pressure on the head. Without the ability to push fluids in sufficient volume, the crew found themselves fighting the tendency of the hammer to pitch up. The lack of fluid flow also led to unacceptable wear on the bit.

Despite the impressive victory, the cinders presented similar challenges, with cuttings falling under the hammer, forcing the head up. The difference maker, in this case, was the RockEye’s ability to push fluids. The crew placed six to eight gallons of 50 viscosity Bentonite fluid mix per minute.

The air/bentonite mixture, combined with a slight modification of the carving technique, carried returns and eliminated the control issues that plagued previous attempts.

Using what was learned on the 300-foot shot, taking on the 600-foot bore the following day generated similar results. At approximately the 200 foot mark, spoils volumes—and production rates—fell precipitously. The crew restored cuttings flow by pushing the same Bentonite fluid mix/rate as the previous day. With cuttings again flowing freely, the RockEye resumed its torrid pace—finishing the 600-foot shot in just over three days.

With average production rates clocking nearly 200 feet per day, everyone—including state and local site inspectors—were impressed with the speed of the RockEye. But it was the control—which maintained a tight window of 12-inches +/- throughout the entire bore. 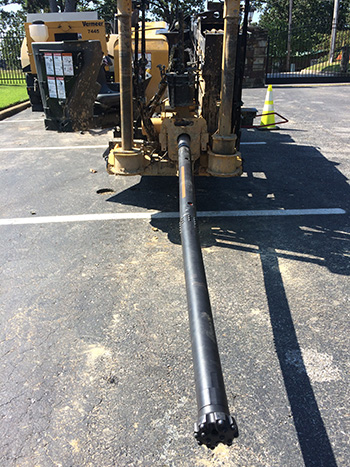 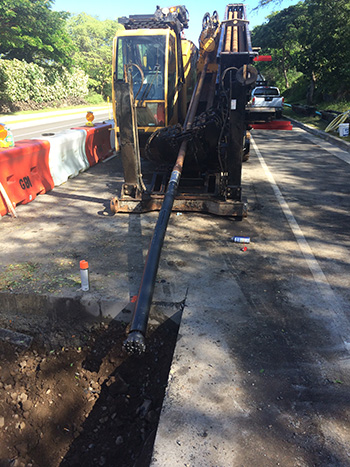 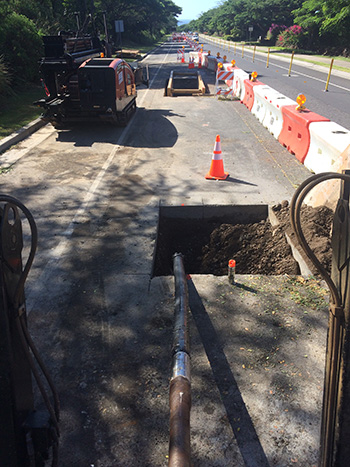 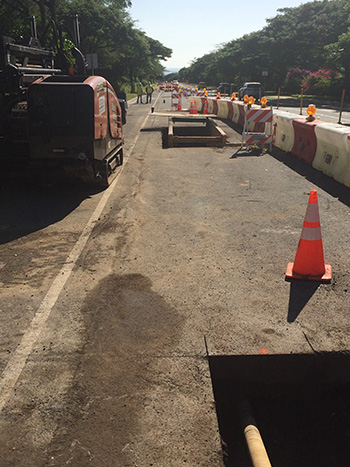 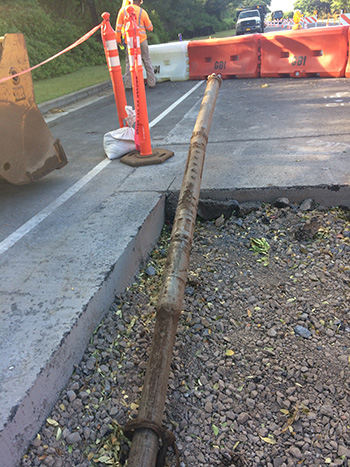